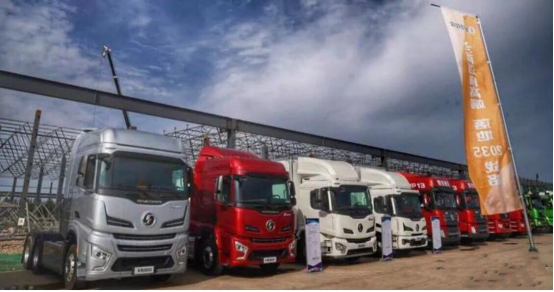 Between 1968 and 2018, in the past 50 years, Shaanxi Auto experienced a poor and white, faced with bankruptcy, and also created the "Shaanqi speed" and "Shaanqi mode".

From the independent development of China's first generation of heavy military vehicles to trucks, large and medium-sized passenger cars, mini-cars, axles, engines and their parts and components research and development, production, sales and automotive finance business, Shaanxi Automobile achieved annual average during the "Eleventh Five-Year Plan" period. It has increased by 50%. In 2010, it produced and sold 100,000 units. In 2016, production and sales increased by 36% year-on-year. In 2017, production and sales increased by 62%. In the first half of 2018, Shaanxi Automobile sold more than 100,000 vehicles of various types, an increase of 9.5% year-on-year. Among them, heavy truck sales increased by 15% year-on-year, and the growth rate was second in the industry, much higher than competitors. At the same time, in the list of top 500 Chinese enterprises in 2018, Shaanxi Automobile Holdings ranked 267th among the top 500 Chinese enterprises, an increase of 120 from the previous year; it ranked 120th among the top 500 Chinese manufacturing companies, which was upgraded from the previous year. 55 people. As Yuan Hongming said, the most fundamental, practical and crucial thing for Shaanxi Automobile Development is to rely on itself and rely on external forces rather than external forces. With the hard work of the people of Shaanxi Automobile, Shaanxi Automobile is now the largest manufacturing enterprise in the northwest region. It has formed economies of scale in terms of innovation and marketing. The industry has significantly improved its position and has a hard power to challenge higher goals. Covering more than 100 countries and regions across the country and the world.

How to seize the opportunity of industrial restructuring and realize the goal of leading the commercial vehicle industry? Yuan Hongming said: "Do not forget the initial heart, and then set off again." 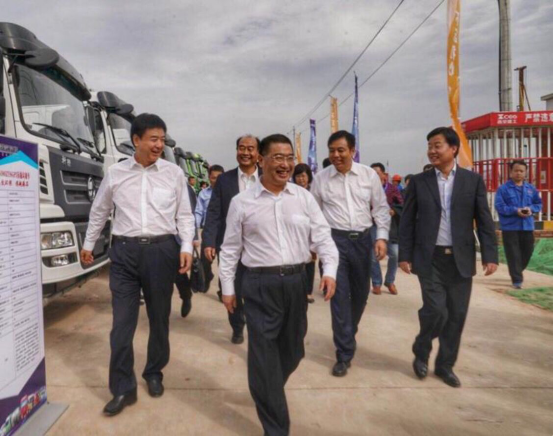 As early as the 50th anniversary of the founding of the factory on February 28, 2018, Shaanxi Auto stood at a new historical starting point and released the "2035 Strategy." According to this strategy, by 2020, the annual production and sales volume of Shaanxi Automobile will reach 270,000, including 200,000 heavy trucks, 30,000 medium and light trucks, 30,000 mini vehicles, 5,000 large buses and 5,000 special vehicles. From 2025 to 2025, the sales volume in the international market will exceed 30% in the past five years, and the annual production and sales volume of the whole vehicle will exceed 400,000 units, including 200,000 heavy trucks, 100,000 medium and light trucks, and 80,000 mini vehicles. 20,000 buses and 8,000 special vehicles; by 2035, the full range of commercial vehicles has reached the international leading level, ensuring 400,000 vehicles for production and sales; new energy passenger vehicles have become an important force in the industry, ensuring production and sales of 400,000 vehicles, achieving the entire The holding group produces and sells 800,000 vehicles, and its revenue exceeds the goal of 200 billion yuan.

To achieve this goal, Yuan Hongming said that Shaanxi Auto will focus on the following four aspects. First of all, two-wheel drive to achieve synergy. Yuan Hongming said that under the new development environment, Shaanxi Auto has always adhered to the principle of taking me as the mainstay, seizing the opportunity and developing rapidly; always insisting on promoting the management reform of Shaanxi Zhongzhong Automobile with efficiency-oriented, strong and excellent, and achieving high-quality development. Always adhere to the other sectors of the group to learn from Shaanxi Heavy Duty Truck, continue to innovate in mechanism, talent, technology, products, market and management, and achieve catch-up and surpass the goal; always adhere to the two rounds of the group and Shaanxi Heavy Automobile, the bird's wings By the way, we are able to make a contribution to the high-quality development of the “3 million automobile projects” and the automobile industry in Shaanxi Province.

The car intelligent manufacturing base formed the second growth pole of Shaanxi Automobile's high-quality development. Third, optimize products, seize market segments, and solidify the foundation to improve the development path. Shaanxi Auto has thoroughly implemented the "123456" development concept, optimized its structure, and strengthened its strength. It will form a special vehicle production and sales base of Shaanxi Automobile Group with KONE as its core, and foster a new development power source; through independent research and development and technical cooperation. The way to comprehensively lay out the national six products, three generations of military vehicles, new energy and intelligent network, accelerate the formation of high-end parts systems with vehicle control system, fuel cell control system, big data computing analysis system and remote service system as the core. A future-oriented component industry cluster. Fourth, extend the industrial chain, strengthen the financial business, do the big accessories business, and do the excellent service business, forming a new pattern of post-market development with three pillars and synergy. In the end, Shaanxi Automobile will build a commercial vehicle finance and post-market operation base throughout the whole life cycle of the product and the whole process of customer operation. After 50 years of hard work, after the rapid changes in the market and the new era of industrial restructuring, Shaanxi Auto will eliminate all difficulties and eliminate all interference in the process of embracing change and self-change. Regain the initial heart and recreate a new ShaanxiAutomobile.

If You Need Some Help ，Please Send A Message To Us!